The winner of endless violence 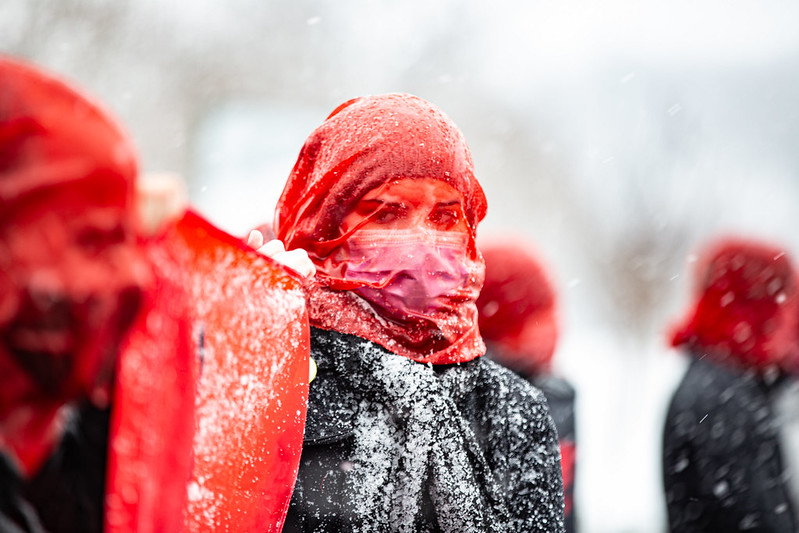 Today marks the end of a new edition of the “16 Days of Activism Against Violence Against Women” campaign. It starts every year on November 25, the International Day for the Elimination of Violence against Women, and ends on December 10. But what a pity that domestic violence never stops…

Moreover, during the health crisis caused by coronavirus, violence against women has entered an upward slope, caused by travel restrictions, but also by the impoverishment of associations that deal with sheltering and helping victims of violence. This is demonstrated by the studies and reports below.

A study by McKinsey & Company shows that women are more vulnerable to the economic effects of the Covid-19 crisis due to (pre) gender inequalities in society. On the one hand, according to the study, the job loss ratio is 5.7% among women compared to 3.1% among men globally. On the other hand, jobs in the feminized fields are considered to be 19% more exposed to the risks associated with the crisis.

The gender impact of the pandemic on labor is also found in locally available statistics. According to the National Institute of Statistics, the number of unemployed women in Romania increased by 50% due to the pandemic, while the share of unemployed men by only 16% (unemployment rate reaching 5.4% in July). Specifically, even though the unemployment rate remains higher among men, in absolute terms two-thirds of those who went into unemployment in 2020 are women.

A report published by the European Commission in March 2021 indicates that the number of violent domestic acts increased considerably in many EU countries in the spring of 2020 – by 32% more in France, by almost 20% more than in previous years in Lithuania, and the list goes on.

In Romania, a worrying report, published by the Filia Center for 2021, indicates the same problem experienced by many women and girls, victims of domestic violence, during a pandemic.

According to the FILIA Center, the numbers are worrying:

On March 10, 2021, the Declic community organized a protest in the form of a flashmob “Red Code of Domestic Violence” drawing attention to the growing number of victims of violence during the restrictions imposed by the state of emergency. Declic activists have drawn attention to the numerous cases of violation of the restraining order and the need to implement electronic bracelets that would not allow the aggressors to approach the victims. The group of civic activists created the dramatic image, with red veils and black clothes, to draw attention to the fact that domestic violence is an often overlooked phenomenon.

We watched in revolt and helplessness the dozens of news stories of women being killed by their husbands and lovers, who could not stand the decision to separate their partners who could no longer bear the suffering. Nor the restraining orders imposed by the police. Periodically, we get morbid news that make a huge rating on TV, keep the front page of the tabloids and heat up social media networks with emoticons of sadness and anger or with endless condolences with “God forgive them!” Also on them, the poor victims… The waves of indignation spread for a few days, but then go out quickly, waiting for the next bloody episode.

Very few media outlets have the courage to go beyond horrific crimes and find out what are the roots of evil, what are the shortcomings of the system, what are the long-term solutions to limit this national scourge. Very few publications – print, online – take on the mission of long-term education. Education for women of all ages and social backgrounds – information to help potential victims identify early signs of domestic violence and seek help from relevant institutions.

NGOs continue to suffer from resource-depleted NGOs amid a sharp drop in funding and are struggling to withstand the economic effects of the pandemic.

What can civil society do to limit this scourge?

First of all, what can each person do in his community – at work, in the neighborhood, at home, in the group of friends and acquaintances and even in social networks. If you notice that someone in your entourage seems to have problems with domestic violence, do not hesitate to ask how you can help. Most of the time, the victims are ashamed and afraid that they might be tried. Compassion and correct guidance are essential. Advise the competent institutions or provide them with sources of information to assist them. The involvement of others can mean a lot to a victim who lives in the hell of domestic violence and who is often confused, scared, emotionally blocked and does not know which way to go. Ignorance and judgment only make it more difficult for them.
If each of us could be a ray of sunshine in the darkness of violence, this phenomenon could be more limited. With the right words, with the right information, with the right guidance. They seem trivial, but they do matter. Let’s each do something and stop complaining about the system. As much as we can from our horizon of power, but especially of goodwill.