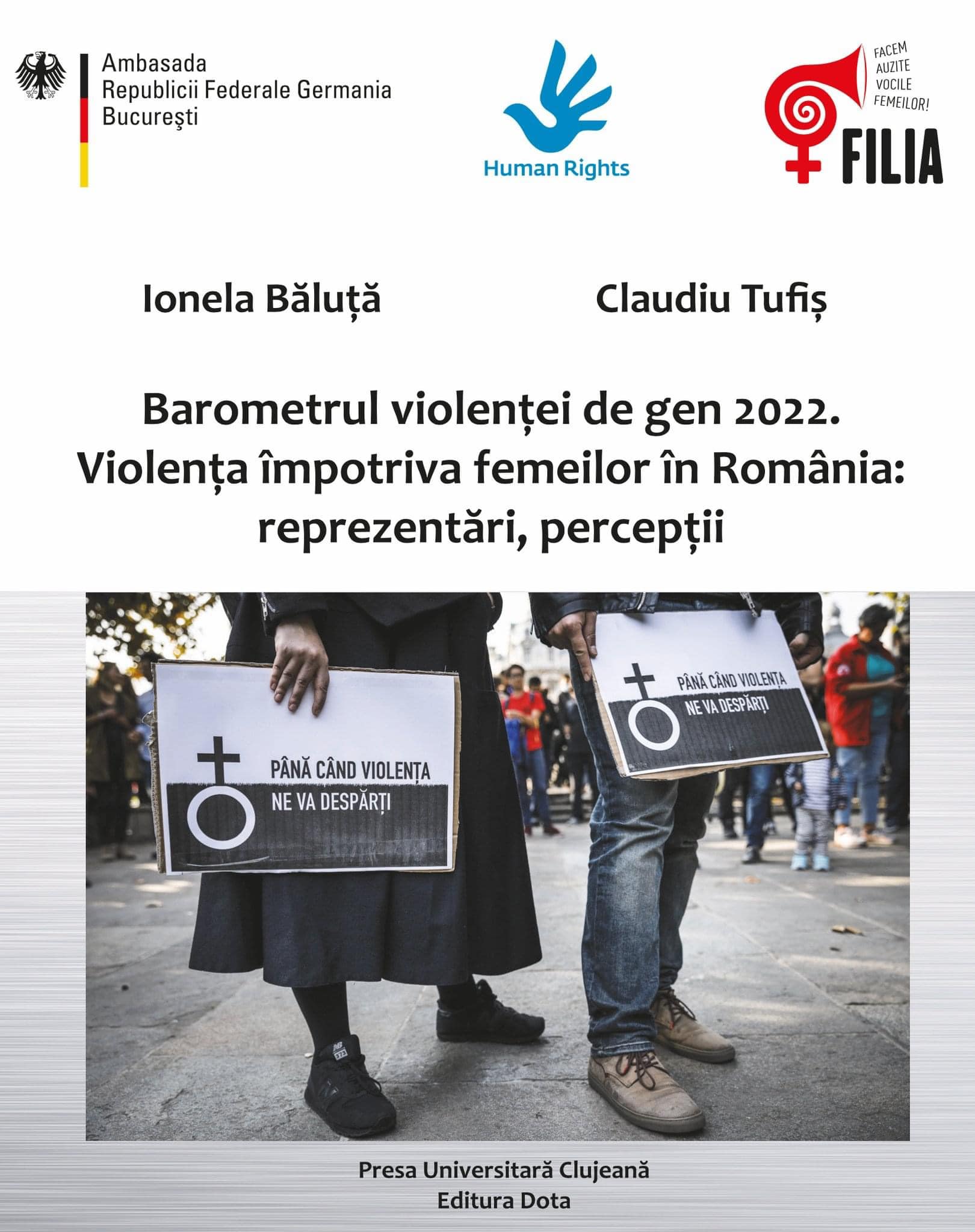 In the European Romania of 2022, gender violence remains at alarming levels. Although huge progress has been made in the last 20 years, the figures show that there is a great need for awareness across the population.

For all those who still doubt the usefulness of the feminist movement, we suggest they take a look at the wrong public approach that have women’s rights as a topic.

The FILIA Center launched, with the support of the German Embassy, the Gender Violence Barometer. Violence against women in Romania: representations, perceptions. The study is the first nationally representative research published on this topic in the last 20 years.

The research explores the attitudes and perceptions of Romanians regarding violence against women, the tolerance degree of violence perceived in society, the obstacles faced by victims of gender-based violence, but also the level of trust in the authorities responsible for managing these phenomena.

The good news is that the data provided by the barometer shows that tolerance toward domestic violence is decreasing. Compared to 20 years ago, Romanian people disapprove to a greater extent of violence against women.

However, there is still a high degree of acceptance of certain forms of violence against women:

• 1 in 4 respondents consider it acceptable for the man not to let his partner use her money according to her wishes;

• 1 in 4 respondents strongly believe that a woman cannot go out unaccompanied by her partner;

• 23% of Romanians consider it acceptable for a woman to be forbidden by her partner to have a group of friends;

Reasons why women victims of violence do not address the authorities:

• 85% of respondents consider that victims do not call the authorities because they are ashamed and have nowhere to live.

• 96% of respondents believe that they fear for their lives and/or their children’s;

• 86% of respondents indicate as the reason for not reporting the abuse the fact that women victims of violence do not believe that the authorities can protect them;

• They hope that the aggressor will change;

• They fear that they will be considered guilty, that they provoked the abuse;

• They fear for their lives and/or their children’s;

• They fear that they cannot handle the situation;

• They have nowhere to live;

• They fear that they will run into prejudices;

• They do not trust that the authorities can protect them;

Who should address women victims of domestic violence?

The study reveals numerous stereotypes related to the perception of violence against women:

The victim is to blame: “I am sure she did something wrong/inappropriate”, “it’s her fault that she left the house dressed provocatively”, “why did she drink alcohol”, or “she set him up”.

False choice: “either you stay at home, behaving well” or you expect to be harassed/beaten/raped.

The aggressor’s excuse: he had no choice because the victim set the man up – the woman “desired it”.

Practically a quarter of those who accepted the full set of patriarchal values consider rape to be acceptable and understandable (so the woman “desired it and set him up”, to use a widespread stereotype).

“Gender-based violence continues to be one of the most widespread human rights violations in the world. While people of all genders can be exposed to gender-based violence, the majority of victims are women and girls. In Europe, between 12% and 15% of women are victims of domestic violence every day. Globally, more than 1 in 3 women have experienced gender-based violence, figures that have unfortunately remained largely unchanged over the past decade. Gender-based violence is usually the result of persistent inequalities, abuse of power and unfair practices. It remains one of the most notable human rights violations in all societies, regardless of social, economic or national boundaries. And it often remains shrouded in a culture of silence“, declared His Excellency Dr. Peer Gebauer, the Ambassador of Germany in Bucharest.

“The gender violence barometer 2022 is launched almost 20 years after the publication of the last nationally representative research on this subject, both studies being published by non-governmental organizations. Insufficient or non-existent public funding for the development of feminist knowledge, in the field of gender studies, of the problems faced mainly by women and girls, limits the in-depth understanding of some topics that should be essential and prioritized for the political agenda: gender violence, sexual violence education, education for gender equality”, declares Andreea Bragă, president of the FILIA Center.