Spain has a Women’s Institute and a Ministry of Equality. And this is beneficial for society 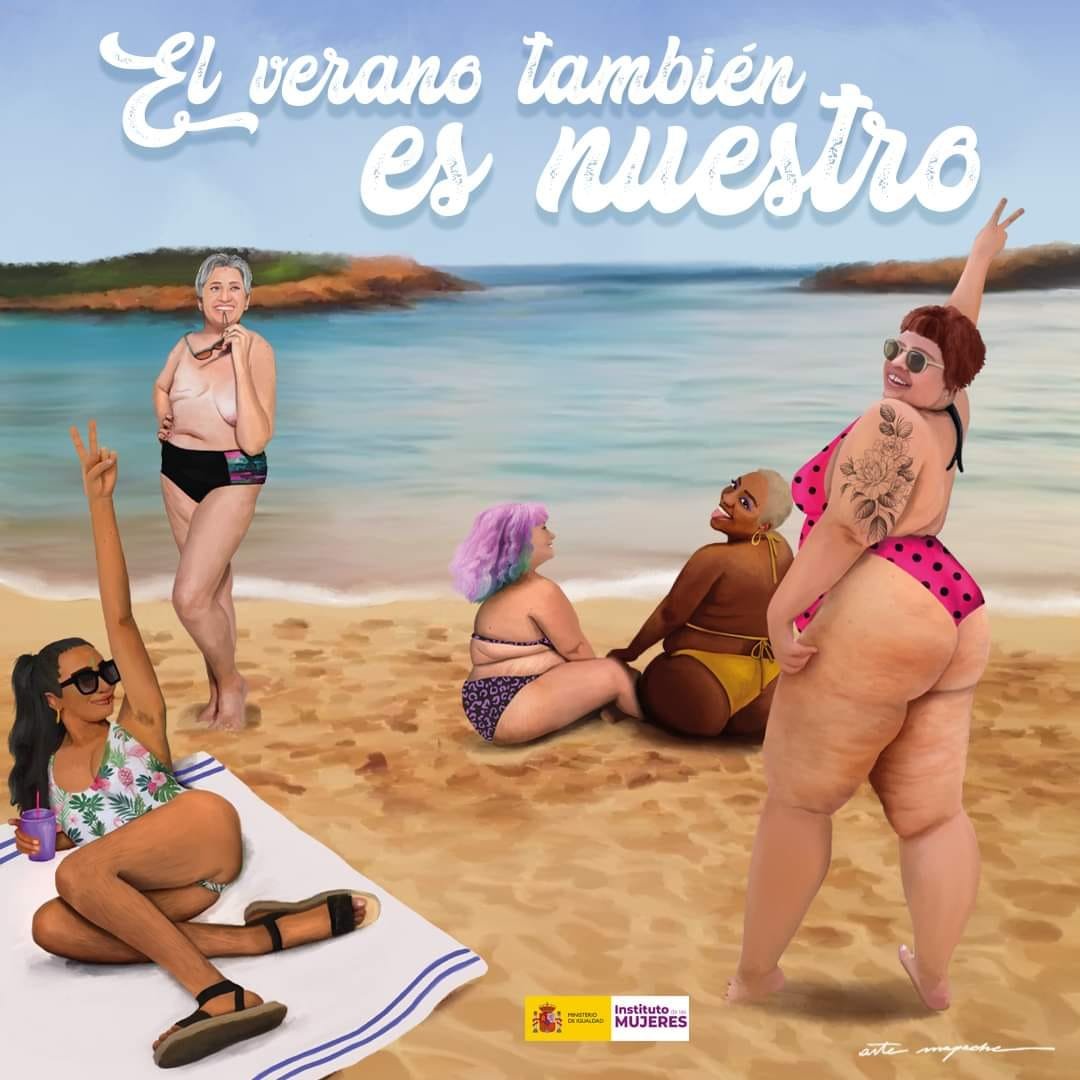 Spain has a Women’s Institute and a Ministry of Equality. And it is obvious.

There was no need to face the sexist aberration of a wildly popular influencer to launch a campaign encouraging women to hit the beach no matter what their bodies look like.

Spain has Irene Montero – a fervent supporter of gender equality and women’s rights. She is 34 years old, a psychologist, mother of three children, active feminist and Minister of Equality in the Government of Spain. The feminist spirit is trendy and this is also a sign of civilization in this country.

No wonder Spain’s Ministry of Equality launched a summer campaign to encourage women to hit the beach, regardless of what their bodies look like. The image reflects diversity and inclusion – five women with different bodies, young or older, white or black, are sitting on the beach, having no embarrassed attitude.

The most touching and courageous is the image of a topless woman with a visible post-mastectomy scar.

“Summer is ours too, ‘All bodies are beach bodies,'” said Minister of Social Services, Ione Belarra.

The message is very clear – women should enjoy summer, wherever and with whoever they want: “Today we toast to a summer for everyone, without stereotypes and aesthetic violence against our bodies.”

There were also negative reactions – some questioned whether the campaign should be extended to include men. The BBC reports that the Director of the Women’s Institute, Antonia Morillas, claimed that these very harsh and unrealistic physical standards have deeply affected women’s self-confidence. Deputy Equality Minister Ángela Rodríguez Pam tweeted a message to men who believed women didn’t need permission from the ministry to go to the beach: “Of course, we go, but we assume we’ll attract hate because we show a body that is out of standard.”

Behind the initiative is the Women’s Institute, which, through this campaign, shows that all bodies are as they should be.

We do not know if the Romanian diaspora in Spain spread the media scandal of stretch marks and the sexualization of minors, but it is inevitable that feminist education is more than necessary if we want to live in a normal world.

Can we hope for an Institute/Ministry for Women in Romania as well?

Facebook
WhatsApp
Email
Twitter
LinkedIn
PrevPreviousMihaela Tudor: „I think women have learned not to try to be men anymore”
NextAnca Dragu: „ Feminism is about normality, not about women who are better than men”Next