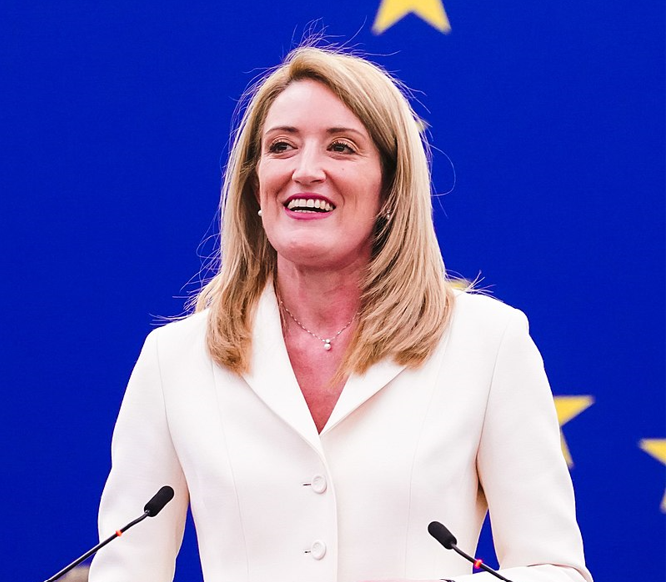 Roberta Metsola is the new President of the European Parliament, after a week of interim after the death of David Sassoli, who died earlier this year, shortly before the end of her term Malta’s Conservative politician has been elected by an absolute majority of MEPs’ votes since the first round.

The 43-year-old Metsola is the youngest president in the history of the European Parliament and the third woman to hold the post, after Simone Veil (1979-1982) and Nicole Fontaine (1999-2002), both from France. Metsola has promised that it will not be another 20 years before another woman takes over.

Metsola is a lawyer by profession, specializing in European law and politics. Roberta Metsola was born in Saint Julian’s and grew up in Gzira.

Roberta Metsola will lead Parliament in the second half of the current legislature, until a new Parliament is formed following the 2024 European elections.

The youngest President of the European Parliament is controversial

Roberta Metsola is the third woman President of the European Parliament and the youngest of them. This does not save her from many controversies, especially from her position as a conservative who advocates against abortion. Malta is the only country in the EU where abortion is illegal. The former vice-president voted against several resolutions defending the rights to abortion, and her position is not appreciated by many of her fellow MEPs.

However, the new president has pledged to defend the institution’s official positions, including on the right to abortion, which she personally opposes.

Another controversy is its abstention in 2021 of a resolution to criminalize violence against women, which raises suspicions about how it will uphold women’s rights.

However, in her first statement after announcing the results of the vote, she expressed her intention to work for equality between men and women and “to guarantee and defend women’s rights”.

“On this issue, my position is that of the European Parliament, which is clear: Parliament has repeatedly called for better protection of sexual and reproductive rights,” she told a news conference.

Other priorities of Metsola’s mandate include the creation of a “security pact” against “hybrid threats”, the adoption of a new European fiscal framework or the entry into force of a minimum wage directive.