Egyptian woman is powerful, active, enterprising and conquering top positions in the leadership 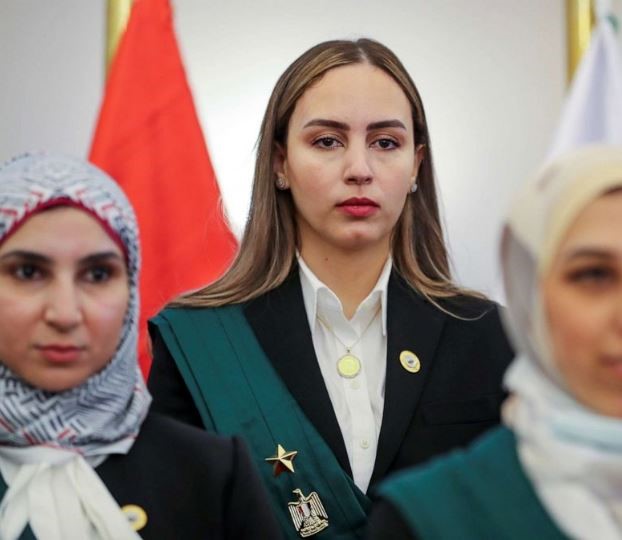 As Ramona Sandrina Ilie explained in a previous feature, in the 1940s, Egyptian women were driving cars, flying airplanes, and receiving doctorates in Egyptian and Western universities.

30% of women in the Egyptian Parliament

In the fifties and sixties, they won political, economic and social rights and made progress in every sector of the workforce. Nowadays, we find them in Parliament (30%), in entrepreneurship, in administration, in oil companies, pilots of maritime ships and aircraft, in arts, culture, education, health, engineering, architecture, activism in various organizations related to women’s rights, children’s rights, but also fighting against inequity, family violence and abuse of any kind.

Moreover, last year, a historic decision was made in Egypt  – the State Council of Egypt, one of the pillars of the judicial system, announced on January 27 that, for the first time in its history, it is opening applications for the post of delegated assistant, for both men and women who graduated with degrees in Law and Sharia in Egyptian Universities in the year 2021.

In the 76 years since the council was established in 1946, the position of assistant delegate was limited to men.

The State Council has announced as early as March 2021 that it will allow women to join the council, provided they already hold positions in the Administrative Investigation Authority or the State Trials Authority – before applying for admission to the council.

On March 5, Radwa Helmi (main picture) made history, being the first female judge of Egypt’s state council, a higher court in the Arab country.

“March 5 has become a new historic day for Egyptian women,” said the head of the National Council for Women (NCW), Maya Morsi. The move came shortly before International Women’s Day on March 8.

Another historic decision took place on September 21, 2022, when the Grand Imam of Al-Azhar Egypt, Sheikh Ahmed al-Tayeb, decided to appoint Nahla El-Saidi, Dean of the College of Islamic Sciences for Expatriates, as a counselor, making her the first woman appointed to this position in Egyptian history.

The President of Egypt Abdel Fattah El-Sisi, the Government and many other state instruments, the organizations USAID, CARE, UN WOMEN, UNICEF, Egyptian Women and many others, have been fighting for the last 3 years for:

• the inclusion of women in all branches of the economy;

• promoting as many women as possible in management and entrepreneurship positions;

Egypt’s government, civil society and the private sector are fighting together to implement international and national commitments made to promote gender equality and are taking increasingly important steps.

At the same time, The Women Entrepreneurs Network and Tiye Angels, the first business angels network for women in Egypt, were established to provide financial and non-financial services to women.

The women’s complaint offices and the National Hot Line have opened new channels on the internet: Facebook, web, Instagram, Twitter, where women could and can report cases of domestic violence, and benefit from protection, social, emotional and moral help, cases of abuse, harassment, genital mutilation or marriages between minors. In most cases, the law punishes such acts with imprisonment. In the case of genital mutilation or marriage between minors or involving a minor, everyone involved in the family is punished with imprisonment.

From 2019 until now, hundreds of villages have been modernized not only in terms of infrastructure: roads, access, schools, medical support, sewage, and water, but also thanks to small organizations that support agriculture and new jobs in the countryside for so that people no longer have to migrate to the cities. Access to new jobs was particularly facilitated for women, being supported in fields such as crafts, food, agriculture, beekeeping, fabrics, bakery, cosmetics etc. Also during this period, several hundred thousand girls and women were encouraged to attend special schools or complete their studies in order to have a better chance to find a job.

In April 2022, the Ministry of Health and Population inaugurated the Ahalina district of Cairo, the first psychotherapy clinic in Egypt dedicated to abused women.

The “Safe Women’s Clinic” was replicated in 21 other neighborhoods as the first phase in 2022 and will expand nationally in the following years. The clinic offers first aid in case of injury, psychological counseling and therapy, as well as self-defense techniques.

In Egypt, there have been many events dedicated to the promotion of gender equality, the support and promotion of women entrepreneurs, and mutual aid between organizations from various states. Recently Canada’s Minister of International Development met with women entrepreneurs and job seekers through the “Rabeha” program ie: “Economic Empowerment of Women for Inclusive and Sustainable Growth in Egypt”.

In addition to all these aspects, I would also like to add that the Egyptian woman has always been a fighting woman, who, although she respected religious traditions and customs, knew how to respect herself and to demand her rights and freedoms as many times as needed.

Being born in a patriarchal society, it was extremely difficult for her to break out, to make herself noticed and especially heard, but she found a way every time. Sensual, mysterious, beautiful, romantic, loyal, dedicated mother and wife, the Egyptian woman is powerful, active and enterprising! We see her flying planes, driving guns, cultivating the land, raising children, educating society, fighting in civic organizations, shining on the stages of cinema, music, and art, and more recently, conquering top positions in the leadership of the Egyptian state!

Facebook
WhatsApp
Email
Twitter
LinkedIn
PrevPreviousThe women of modern Egypt, between myths and realities
NextInternational Day of the Girl – women who will shape the future of the worldNext