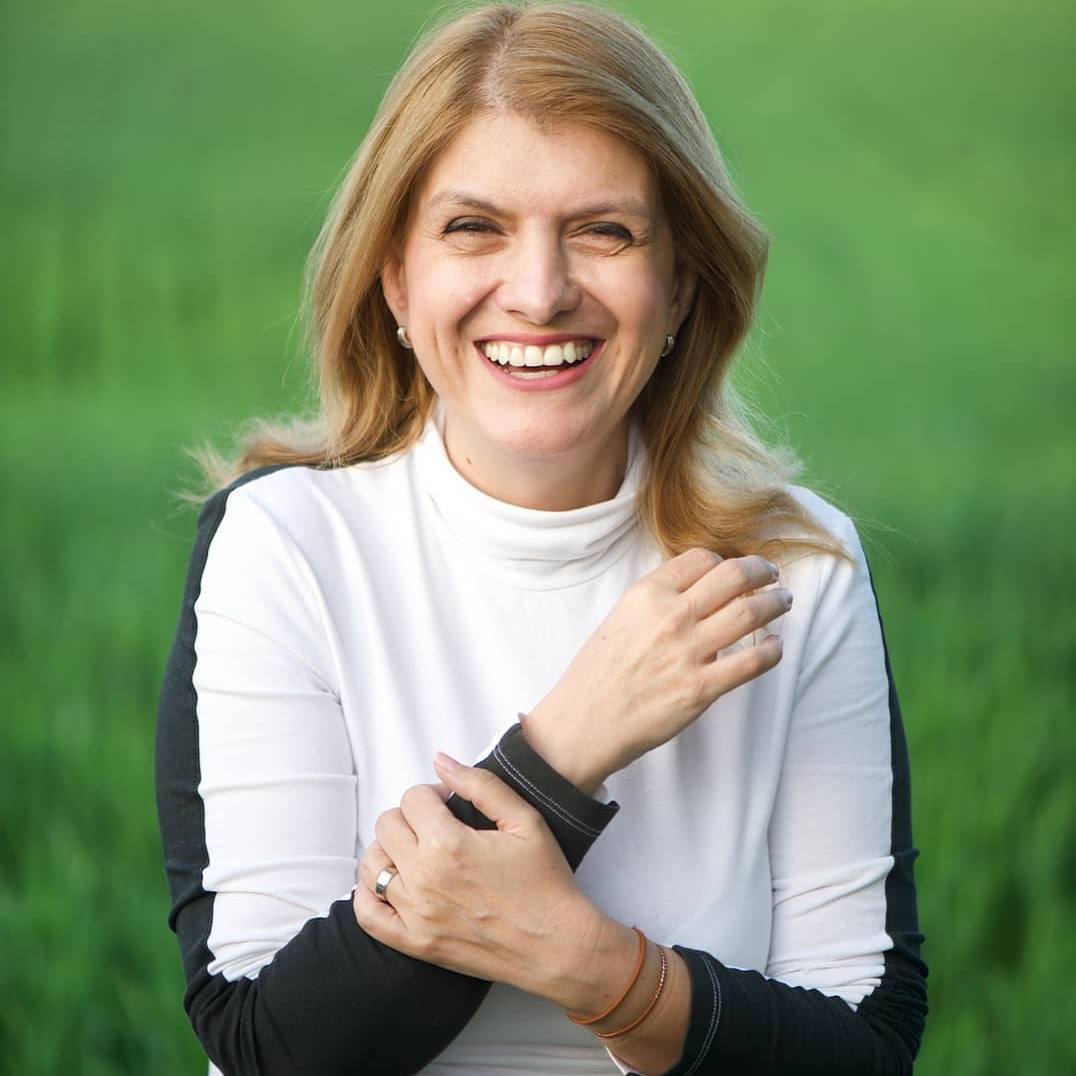 Alice Năstase Buciuta is a famous Romanian journalist and writer. She is a woman who openly admits the mistakes of the past, is open to exploration and evolution and makes the most of all the stages of professional and personal maturity. She is a strong voice of Romanian feminism, a woman who believes in female solidarity.

She is the editor-in-chief of the magazine Marea Dragoste / www.revistatango.ro and the editor-in-chief of Cărțile Tango publishing house, the director of the talk show “Marea Dragoste” on Channel 33 Romania and writer, author of numerous successful books such as „We are goddesses”, „Love is a bonsai”, (Tango Books Publishing House) „Andiamo” stories, signed with Simona Catrina, and signs two volumes written in partnership with Aurora Liiceanu – „Beyond good, beyond evil. About love” (Nemira Publishing House, 2007); „Which one. Women and men” (Tango Books Publishing House, 2008), „Simona”, dedicated to Simona Catrina and written together with her mother, the writer and journalist Dara Codescu; the epistolary novel „Three stupid women”, also signed with Dara Codescu.

For one year on Canal 33 Romania, she produced the morning show „Ștafeta Fericirii”, co-presented with her daughter, Ilona Năstase, and currently directs and presents the weekly show „Marea Dragoste„.

She is a graduate of the Faculty of Letters of the University of Bucharest, Romanian-Spanish section, and of the Faculty of Psychosociology of the National Institute of Information, she has a Master in Advertising at the Faculty of Communication and a PhD in Political Science with a thesis dedicated to women’s magazines, graduated from SNSPA in 2017, under the coordination of Mihaela Miroiu. Now she coordinates Radio London, dedicated to Romanian people living in UK.

In our interview, we discussed about her PhD thesis – “Women’s Magazines in Romania and Women’s Magazines from around the world” and the feminist values in the women’s press. She is aware of the messages transmitted to the media.

She said that she can’t imagine her life without feminist values because feminism brought harmony to the world we live in. She is a supporter of equal opportunities, choices, and rights and believes in eco-feminism – the link between feminism and nature, because there is a strong connection between humanitarian crises and environmental disasters. Mother Nature’s feminine energy is very strong and valuable.

For her, feminism is a lifestyle, because she is aware of the fact that we can no longer afford to live on a day-to-day basis.
We demystified a lot the myths regarding feminism:

Feminists are not noisy, impatient, extremist, careless, single or childless and she dismantles these myths – I have 3 children, a wonderful husband, a fulfilled life. She also has been through hard times – divorce, single motherhood, bank debt. She worked in media companies where women are paid less and are treated disrespectfully and she is aware of the fact that gender gap payment is still a huge issue.

She says that mostly in Romania, women often feel in competition with each other and we don’t have to compete with each other. What can we do now to get out of anachronism and how to redress these injustices were the main topics of the discussion.

Today’s young women are instinctively feminist, they deny gender stereotypes and it is a fact that the new generations just simply „breathe” feminism.

You can see all the interviu on https://www.youtube.com/watch?v=QvcPddWT6is&t=2098s

Facebook
WhatsApp
Email
Twitter
LinkedIn
PrevPreviousMihaela Miroiu: „I want feminism to be installed so that we don’t need it anymore”
NextRoxana Dumitrache – feminism is about women who have lost their voicesNext